graduation project for my Bachelor of Multimedia Arts. 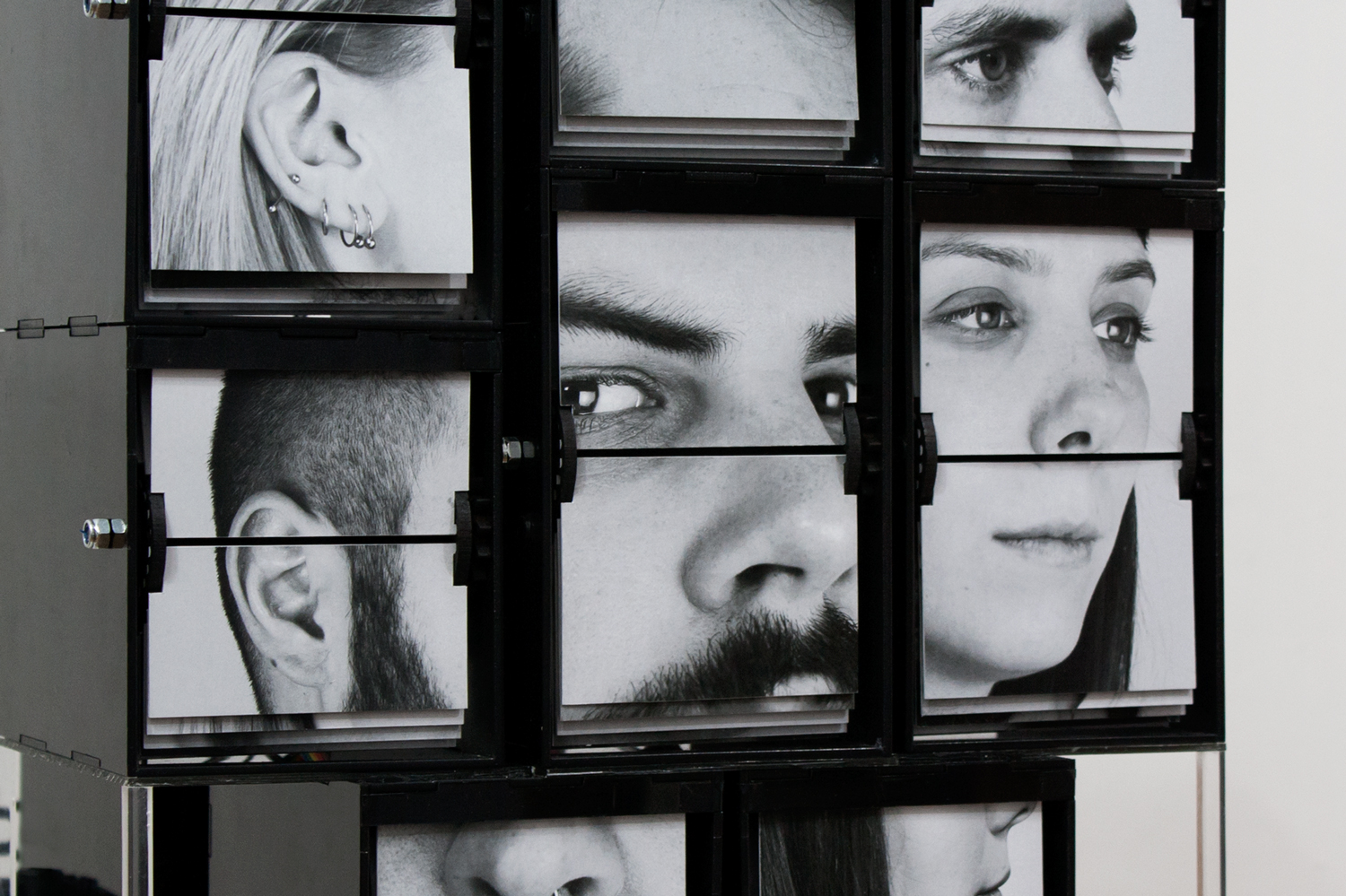 Gilbert Simondon and the theory of individuation

The notion of an individual as an unfinished process detaches the family portrait from its hierarchical nature, based exclusively on filiation, to contextualize the image of a family-system transformed by the very act of being photographically portrayed. 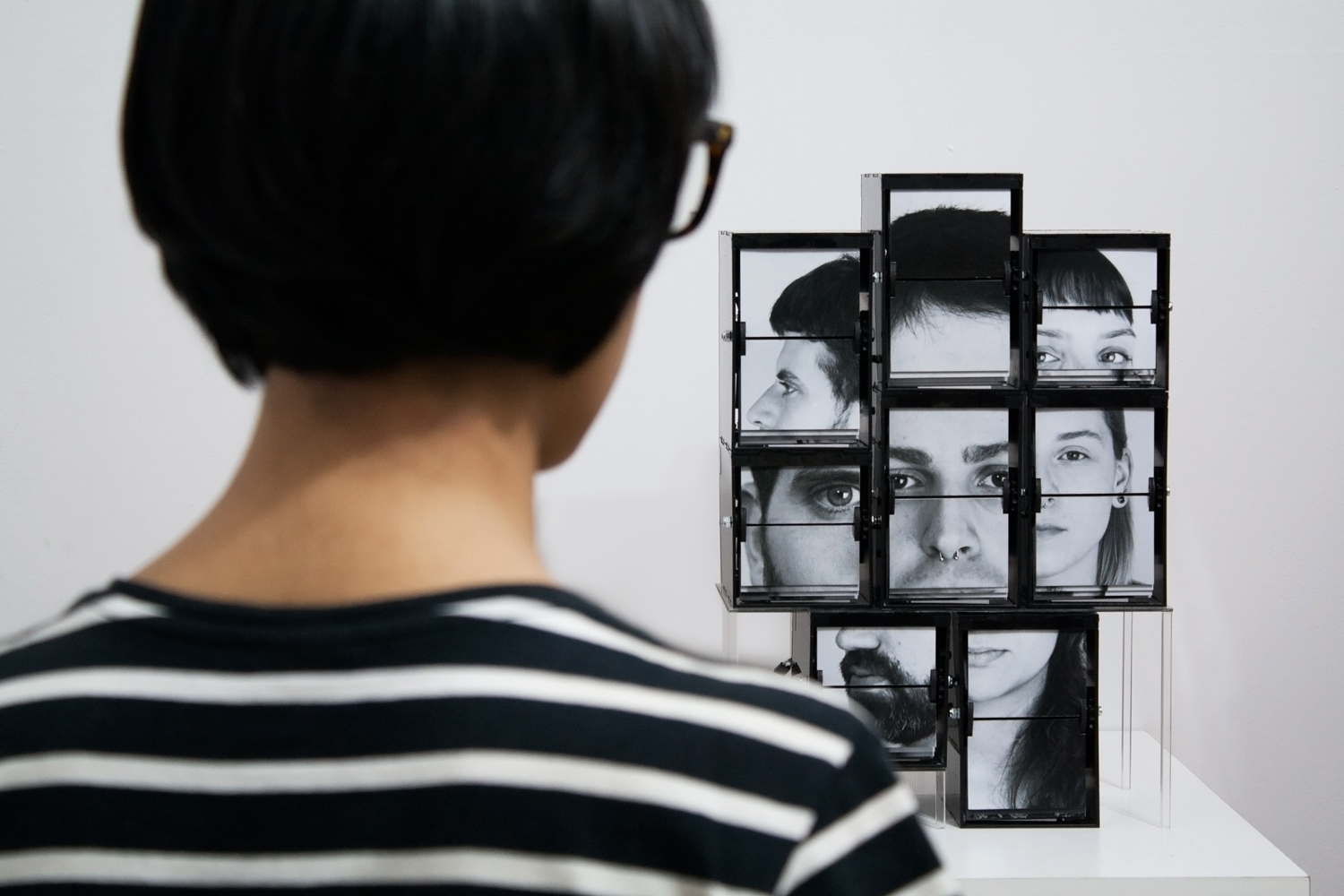 Individual’s becoming + maleability of the hereditary

Retrato Familiar confronts static visuality, tied to the notion of an also static individuality, starting from the conflict that the word “familiar” implies in representation: what do we recognize as our own’s before our photographic image; specifically, where can we get a glimpse of our own face’s reflection on a sculpture made of other people’s faces, considering that it triggers, by its own means, the installation’s constant variation. 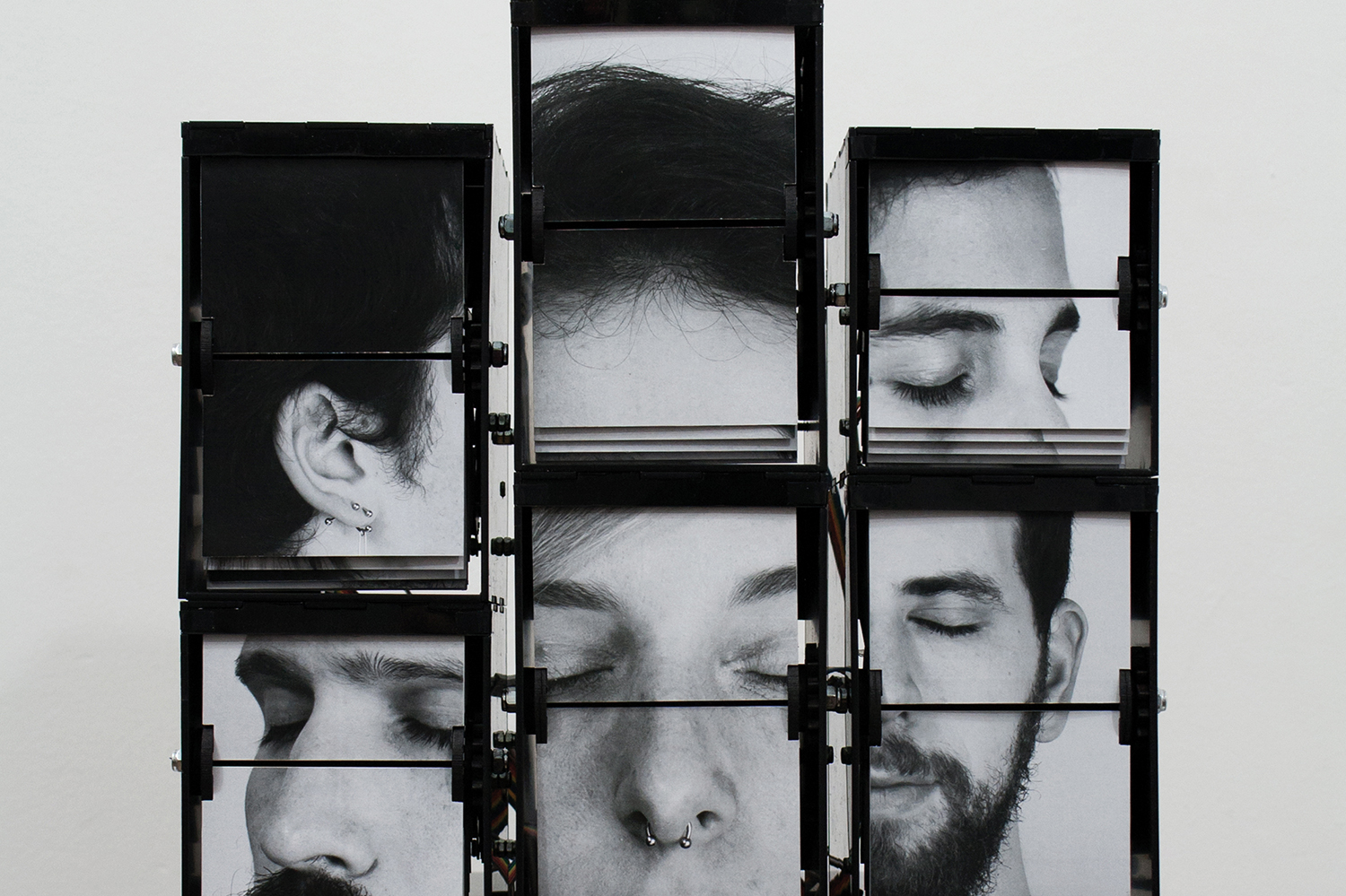 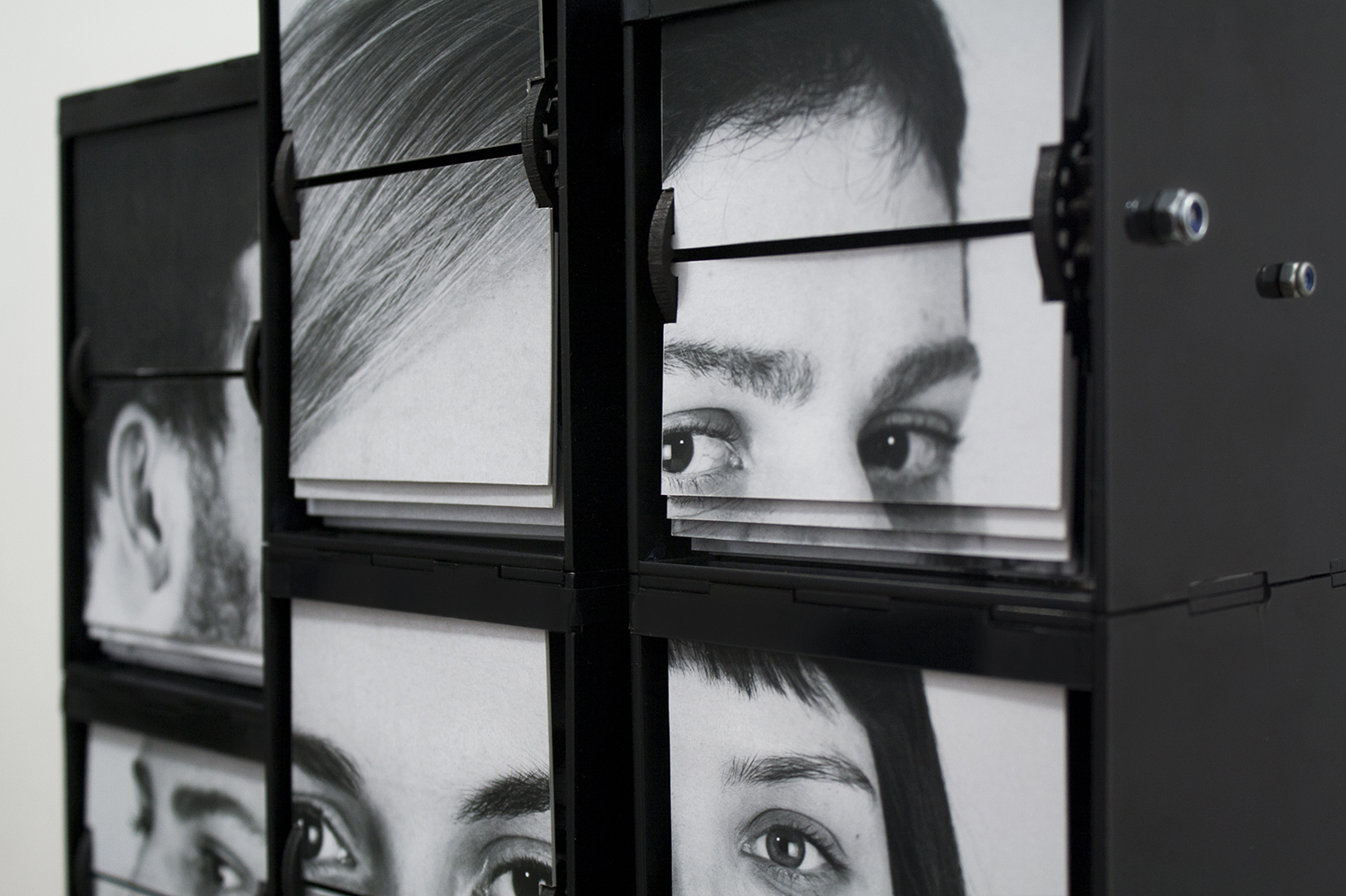 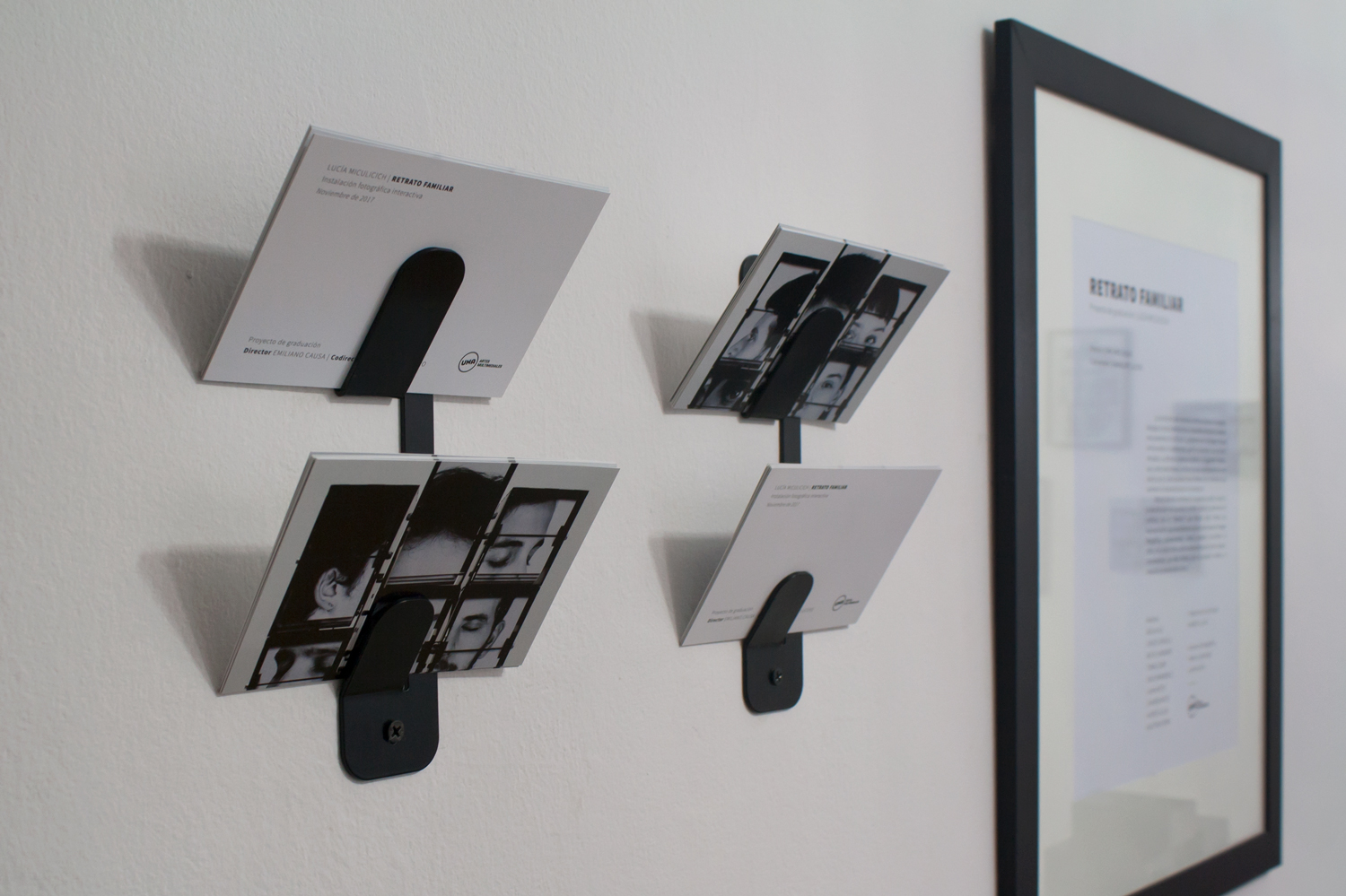